I seem to have slowed to monthly posts. There always seems to be too much else going on. So, stuff to update...

Well, the windows finally got installed. Very expensive, but the weather has tested them with strong winds and the curtains don't move at all. Hooray!

My car decided it had done enough after more than 227,000 miles and was replaced with a 2009 VW Passat. Not as nice as the Audi, but I had to find something that fit in my budget. As my son said, I'd be a hypocrite if I went back into debt.

The garden is almost finished. I'm still digging potatoes; not a great crop this year. Other than that, some kale and leeks, everything is out. I'm making a real effort at seed saving for the first time. I've got beans, broccoli and marigold.

My other big 2015 project was having the cattle shed at my parents' farm sided. All the windows were replaced as well. The old wood siding was deteriorating fast and I hate to see a good building fall to ruins. Someday I'll get the roof redone, but it's still solid. 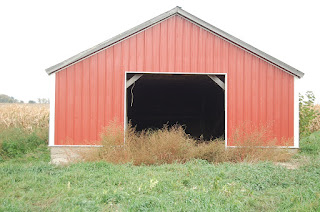 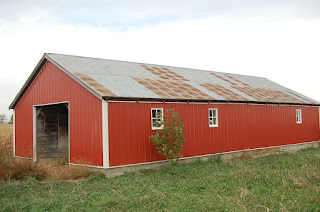 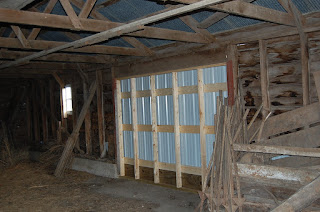 It's getting cold at night. We've had our first frost. Very dry which helps the harvest, but I had to rinse off the solar panels. Too much dust. And that's about it for now.
Posted by tpals at 2:53 PM 1 comment:
Newer Posts Older Posts Home
Subscribe to: Posts (Atom)